Tephra: the Steampunk RPG
Tephra is a steampunk RPG with a unique setting and a dynamic system. Help us get Tephra in your hands and at your game table. 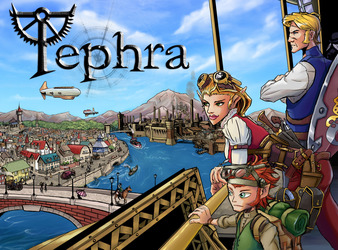 Why I Backed This Campaign
Though I am looking at Kickstarter as a funding platform for non-RPG products at the end of the day the RPG book is what I know and what I like. When I backed this game I was trying to understand more about the appeal of Steampunk as a genre.

What did I get for my Support?
I got a hardback copy of Tephra: The Steampunk RPG. I was not really sure what to expect and at the end of the day I am not really sure what I got. Their d12 system is neat, but does not offer any innovations in game play. Their world is lightly sketched out giving the GM plenty of room to stretch their creativity. The trouble I have is that you and your players really have to love the idea of a steampunk world. Crafting Characters like the electric whizbangers they use can get tedious unless you really enjoy the process and results.


Final Thoughts
If I was a fan of steampunk this would be a great buy. Solid enough art, 400+ pages, and good production values make this a decent buy. RPGs however, are at the whims of personal taste more than most other games. Tephra reminded me that what I back on Kickstarter should be limited to what I would buy off a shelf. Stretching yourself is okay, but jumping headlong into the pond can lead to unwanted results.

Conquest Tactics – A Strategy Card Game of Fantasy Warfare
Lead your fantasy faction to victory by using Troops, Spells and Equipment to defeat your opponent on the Fire Continent battlefield 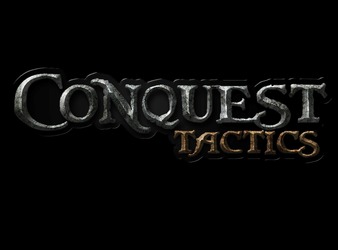 Why I Backed This Campaign
The game promises to be a tactical fantasy combat game using cards. Love it! Ever since Battleground from Your Move Games I have been searching for someone to jump into the genre and run with it. They also have rhino-men as one of the factions!!

What did I get for my Support?
The box came with a bunch of tokens, three set of cards (representing the three factions in the game), and the game board. Quite a bit but I am not sure if it is $50 worth of stuff. The game plays very similarly to other games based on a limited grid system (like Berserk). The card art is pretty dark throughout and a lot of the text is too small to read comfortably. There is a kind of Pokémon like evolution/training system allowing you to advance your troops inexpensively. But the system is far from intuitive and boils down to the luck of the draw vs your opponents aggressiveness. The resource management system, Tactical Points, is genius and well worth playing the game a couple of times.

Every round both players generate an escalating amount of “Tactical Points”. The points are then used to buy gear and recruit soldiers. Then the player that has more remaining Tactical Points activates a unit, using the points to attack, cast spells, move, etc. If after activating the unit you still have more points activate another unit. Since these points accrue from round to round players can save up for a devastating assault or find themselves able to cast a single spell after deployment.

Final Thoughts
Spending too much on Kickstarter is a common habit. Buying games that you don’t get to see, feel, read about is part of the “fun”. Sometimes you get a game that you play a couple of times and sometimes you get a staple of your game night. On some occasions you find a game that will reside on your shelf, but gives you a mechanic, an idea, inspiration for your own game design going forward.

Hopefully, with my own designs and Spartacus Publishing’s overall effort you find more than just an idea or two. Be sure to check out Nearspace to see how some of the ideas I have been exposed to over the years (from KS and elsewhere).