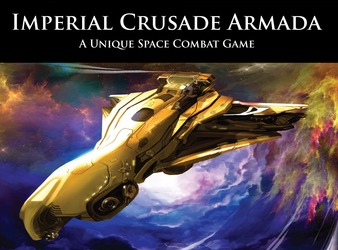 Why I Backed This Campaign
I am a sucker for space combat games: Battlefleet Gothic, Babylon 5, etc. So this was an easy sell for me. Also the premise that the ships were represented by credit card like plastic miniatures was very appealing. (I may enjoy miniature games, but I am not much of a painter.) I really wanted to see how representing game pieces in this way would work.

What did I get for my Support?
I got two fleets of 20 ships each, The Star Republic vs The Imperium, game tokens and a dry erase marker. We played this a few times and immediately hit a few issues. Graphically the “miniatures” are as enticing as milquetoast. This was a great opportunity to put some cool art on display and sell the fluff of the world. The color coded outlines really did not work.

Game play was decent enough, but there was little in the way of strategic positioning. Get in range and unload with everything you can afford to let loose. The weapons also suffered from static attributes. All the missiles in the game did exactly the same thing. This is true for all the weapon systems. Once again an opportunity to differentiate the two races and the ships they pilot was lost.

Final Thoughts
This idea is amazing. The physical game pieces had a lot of potential. Everything in the box was well made and got the job done. The trouble came in skimping on art and fluff. Great games have good game mechanics, but outstanding fluff and art. Battleground: Fantasy Warfare (Your Move Games) had introduced me to the idea of an inexpensive miniatures game using cards for your units. I believe this idea has incredible merit and I look forward to seeing James Kato revisit the game mechanic. 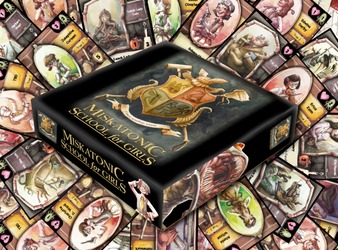 Why I Backed This Campaign
As a creator I like to understand different game designs. I was familiar with Dominion and a couple of other deck building games, but none of them really stood out for me. However, Cthulhu involved at a girl’s boarding school and build your opponent’s deck mechanic – I am in. The art work throughout the pitch was stellar, which sealed the deal for me.

What did I get for my Support?
Besides a bunch of promos I got the full retail version of the game. It is light and easy to pick up. The art and fluff are very thematic and while I might have liked it a bit more gruesome (e.g. FFG’s Call or Cthulhu) it hits the safe for family mark square on the head. The game has become a staple of my board game library. It does not have the immediate re-playability of some games but it never gets wearisome to play. All of the components are well made and have held up to play very well.

Final Thoughts
I could not be happier with this game. It highlights what I want to do with my own designs and presents it in a great production. Production wise they should have gone for a smaller box as it huge and takes up a lot of real estate on the store shelf.

I backed two campaigns and got two games. I may be holding one to high standard but the other easily met that standard. My interest and passion for games on Kickstarter is definitely rekindled.